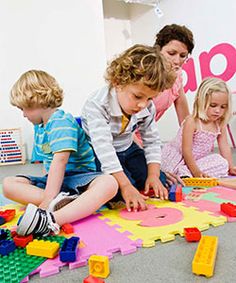 What Role do Social Skills Play in Helping Children with Special Needs?

One of the major factors to develop a child’s personality with an abnormality or disorder is to build high throughout social skills. This can easily help to modulate the life of such children and affect their life in a good way right from the childhood to their adult life. Social skills are basically how children interact and communicate with people around them and try to build some sort of connection with the world around them. This can worked really well to help them to build a strong character. Practical experiences have shown that the implications of inculcating such social skills in Children with disorders can help to enhance their academic life, school life, and childhood and obviously, the adulthood that is connected with employment. It is worthwhile saying that the family of such children can play an immense role in doing so and help their children to feel the world around them in the same way as every normal individual does.

Looking at the prospect in a broader way:-

Thus, this makes it look really important to start implementing such social skills among such challenged children. Schools can help a lot too with setting up durations and frequency. It is important that he community stands up to such actions and help build a better environment for such children to live.